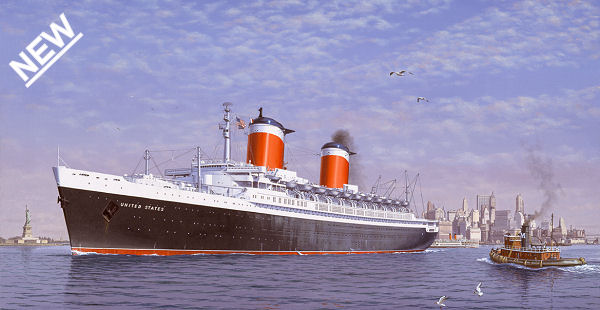 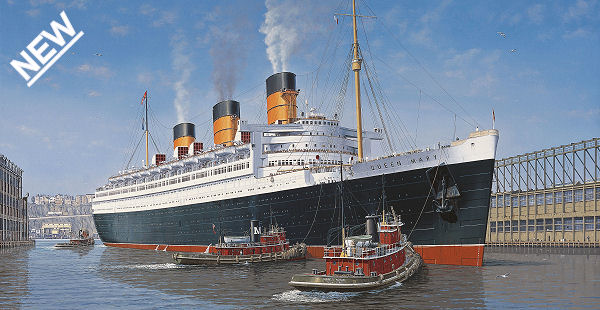 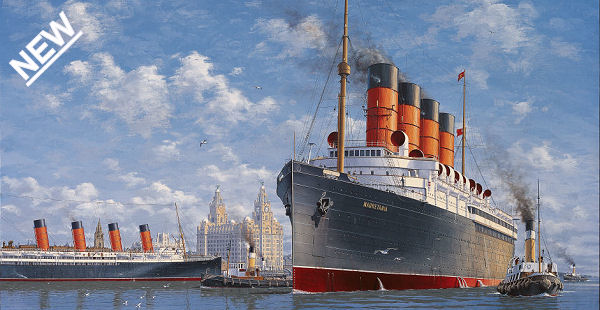 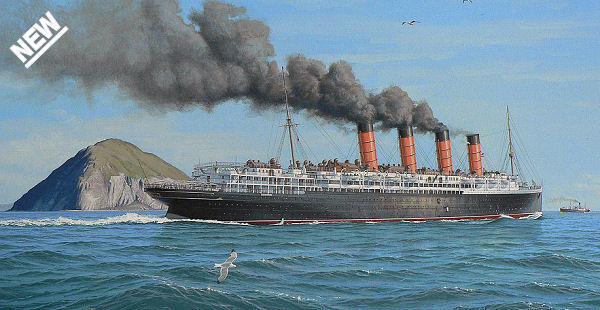 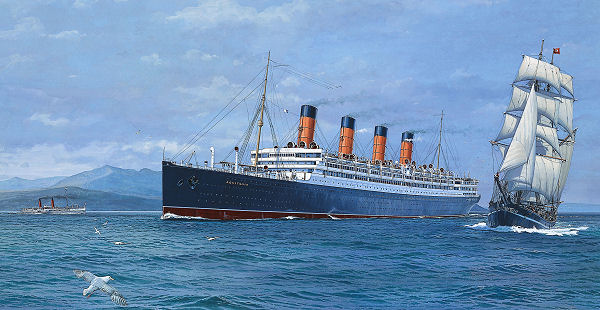 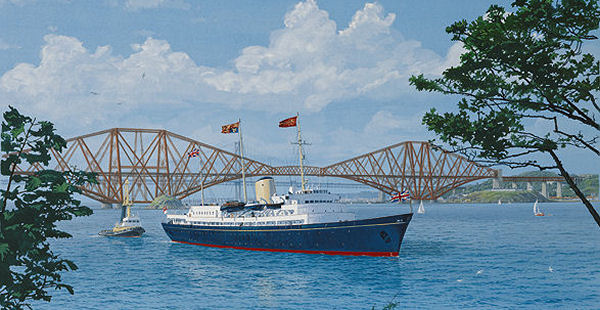 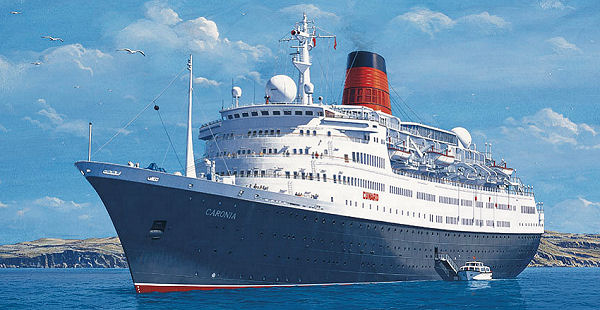 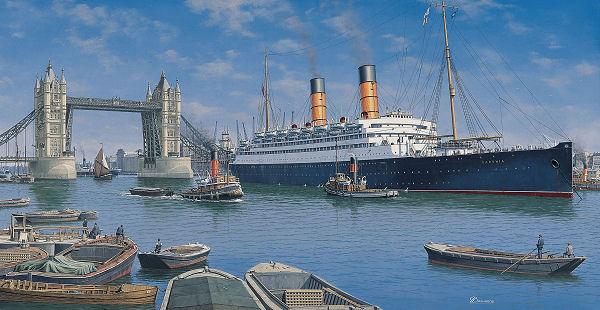 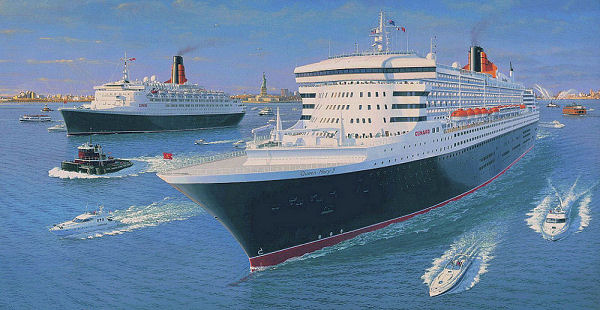 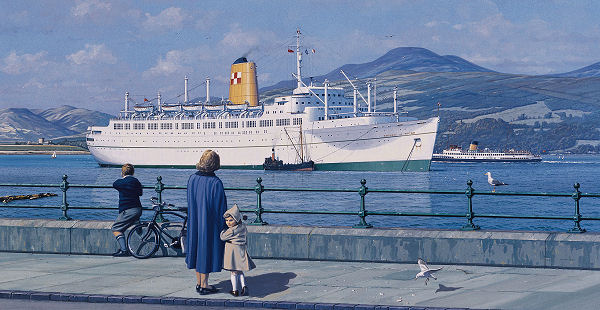 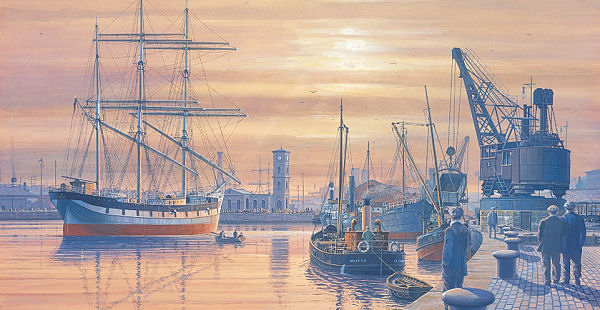 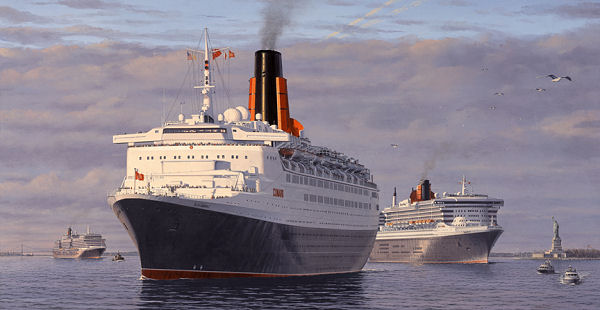 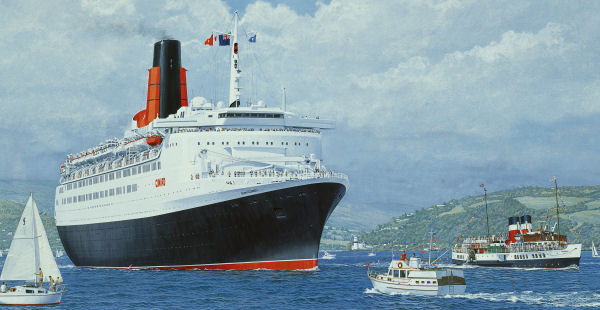 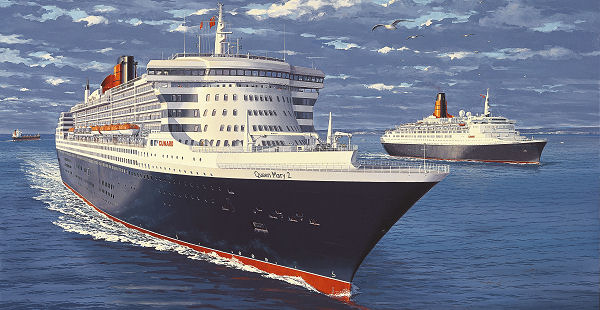 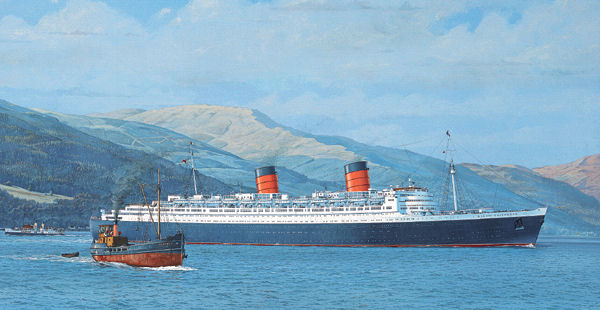 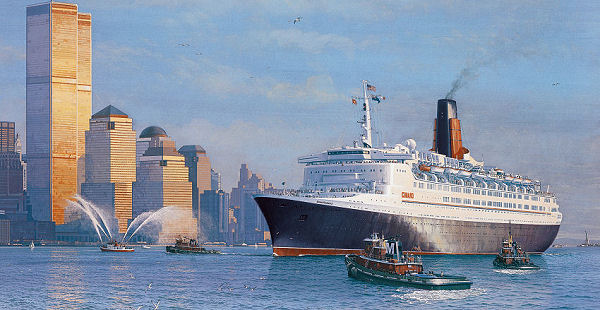 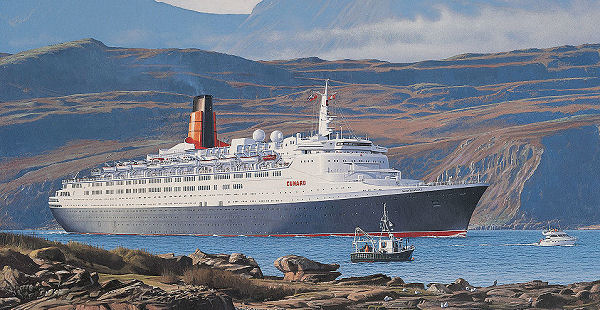 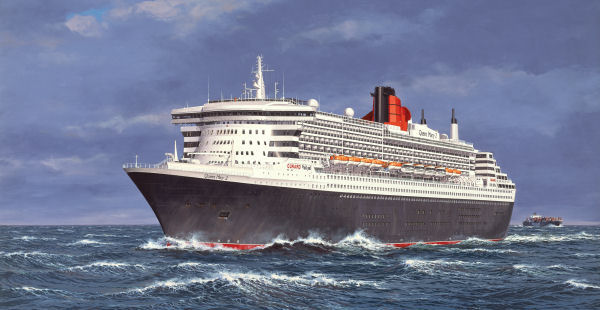 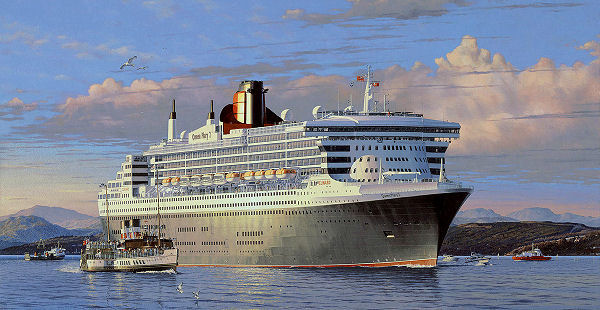 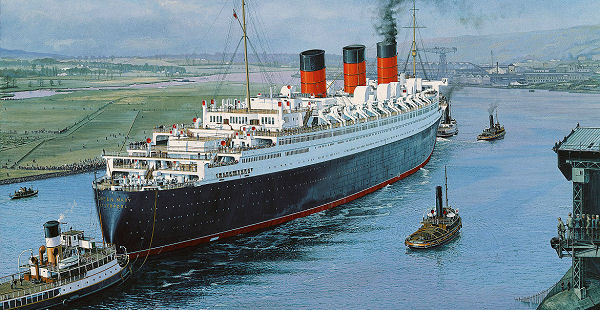 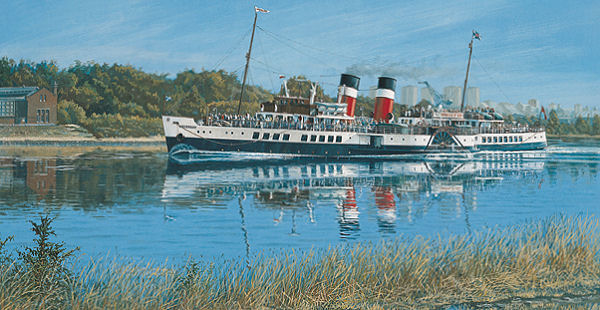 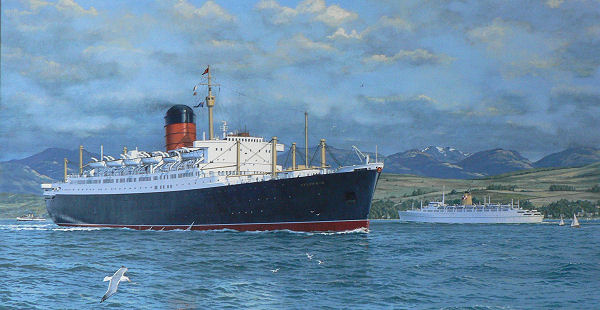 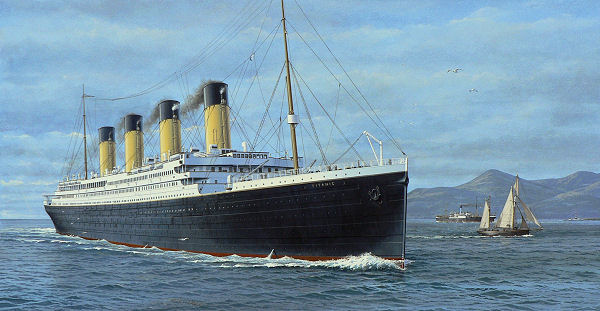 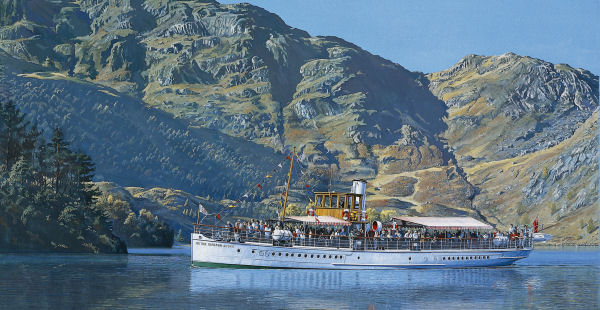 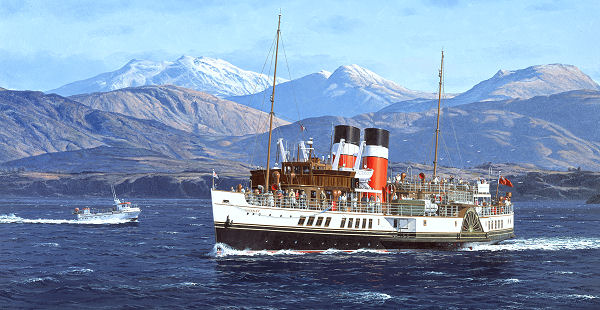 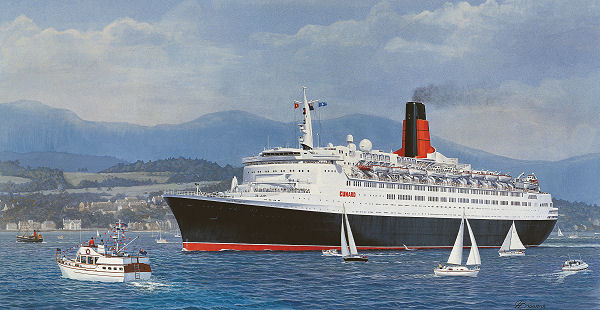 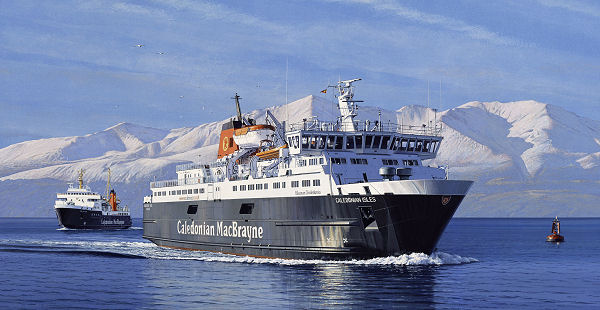 (creator of Cunard's official QM2 artist's impression and onboard artwork)

"...depicting these ships in his own realistic style has earned him acclaim from admirers of his work, of whom I am one among many".